Yes, I am talking about Public Violence. Those, sometimes random, sometimes planned, events that can be either peaceful, or it can cause absolute havoc.

Whether we want to know it or not, strikes and protests affect each and every South African. If your business is the direct target, or if the march passes your business property, the fact remains that we are all affected at the end of the day.

South Africa is known for its diversity, culture, braai, chakalaka, koeksisters and melktert, but sadly, we are also known for our proclivity to strikes and protests.

As proud South Africans, we are always prepared for a braai. Rain or shine, we braai. When our friends rock up, the fires are lighted, the meat is marinated, the beer is ice cold and the salads are prepped and in the blink of an eye, everyone is having a good time.

If only everyone had the same standard of preparedness when it comes to acts of public violence and crime.

Do you know how to safeguard your property, your personnel, your assets? Are you aware of who to call for assistance, does your property line have adequate stopping power in the event that strike participants want to cross your perimeter, and most importantly, do you have measures in place to collect evidence of the event that could be used at a later stage for evidence purposes?

We are all familiar with the chaos and destruction that accompanies strikes and protests. The question is, are you prepared for such events?

Seeming peaceful protests can turn in to utter chaos and devastation in a matter of minutes. I ask again, are you prepared?

Sometimes, criminals tend to hide in the ‘mob’ to disguise as part of the strike participants, only to loot, steal, attack and even commit murder. They do this because they know people cannot pinpoint any incident to one person only, and they know that they will get away with it.

Some of your own, possibly disgruntled, employees might see the strike as an opportunity to commit a crime.

We discovered such a case where a company was dealing with public violence that occurred outside the property and was only passing by. The next moment, all hell broke loose in their own place. The question now is, did someone sneak in or was it someone from the inside? After the event, the question still remains unanswered. The company could not establish if any of the strike participants actually crossed the property line when the video footage was audited. Which leaves the question, who started the chaos inside the business in the first place?

Preparation is the only defence

The fact of the matter is that the only defence we have is to be prepared. Whilst it is true that no one can be 100% safeguarded from acts of public violence, necessary precautions can be taken to limit damages to the bare minimum. Ensuring that those who caused the damages are prosecuted accordingly, the capturing of evidence is a vital part of the entire security structure.

Did you answer yes to all the questions in this article?

If not, I suggest that you urgently have a good look at your Security Risk Assessment which should include information and guidelines pertaining to the preparation and managing any acts of public violence.

Don’t wait for something to happen before you act. It is too late when it has already happened.

No Communication = No Security 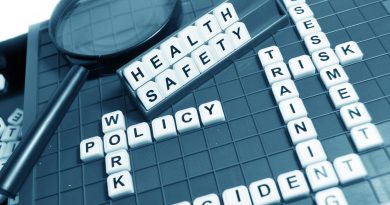 Physical Security Audit Vs Health & Safety in terms of RISK

Why Should You Invest in a Security Risk Assessment?